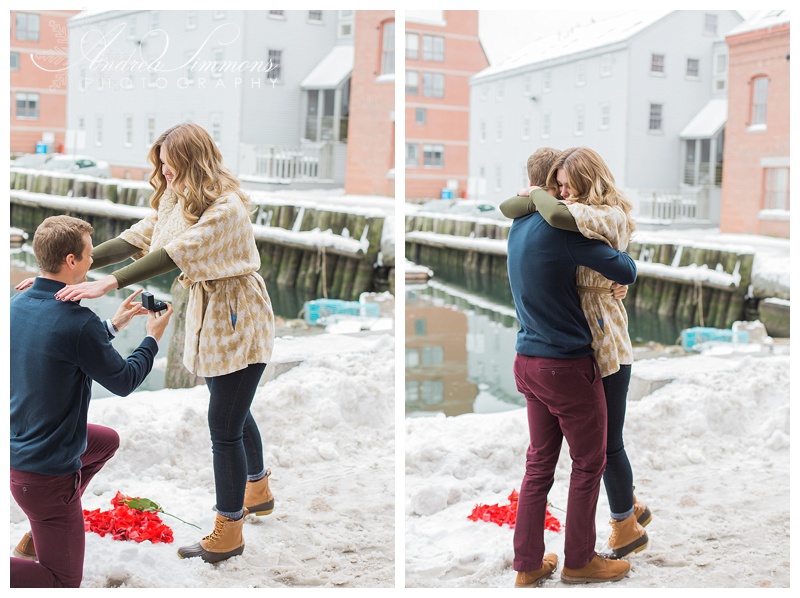 It is always an honor to me to be able to photograph the best moments of people’s lives.  But how wonderful to witness the moment that it all began – the proposal!

Evan first contacted me a few weeks ago, excited about his plans to propose to his girlfriend of four years, Sam.  They met in Medical School, and they were now ready to take the next step in life together!  Evan had the perfect day planned out, including ice skating and a romantic dinner at a local restaurant, but what Sam didn’t know is that they would be taking a small detour to the Old Port in Portland, Maine.

I arrived to the harbor early and anxiously awaiting their arrival.  I tried my best not to look out of place, but seeing as there were no other people around, that was a little tricky.  Evan was nervous and excited, and quickly dropped down on one knee in the wet snow.  The words, “Will you marry me?” had just barely come out before Sam said “Yes!” and pulled him up for a hug!  After giving them a few moments to be together, we started walking around the Old Port a bit to get some official engagement portraits!  Thank you Evan and Sam for inviting me to witness such an important and joyous occasion, and congratulations! 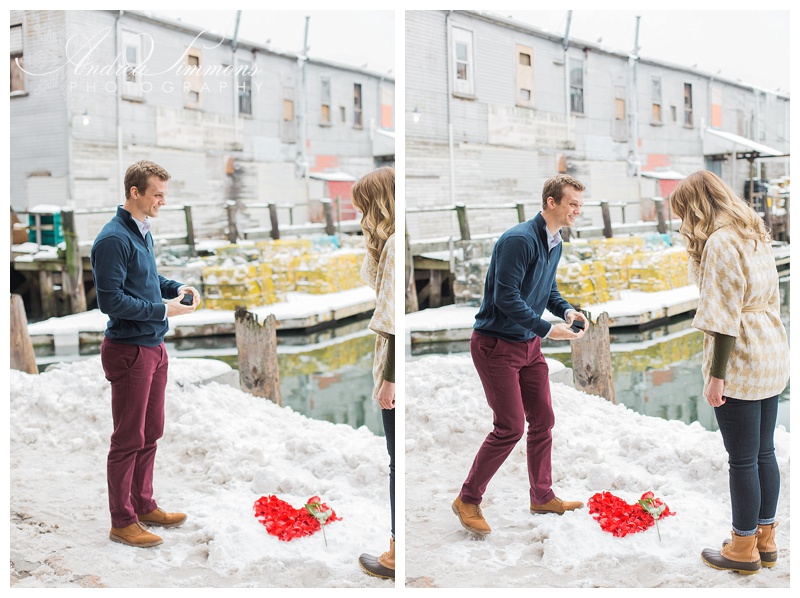 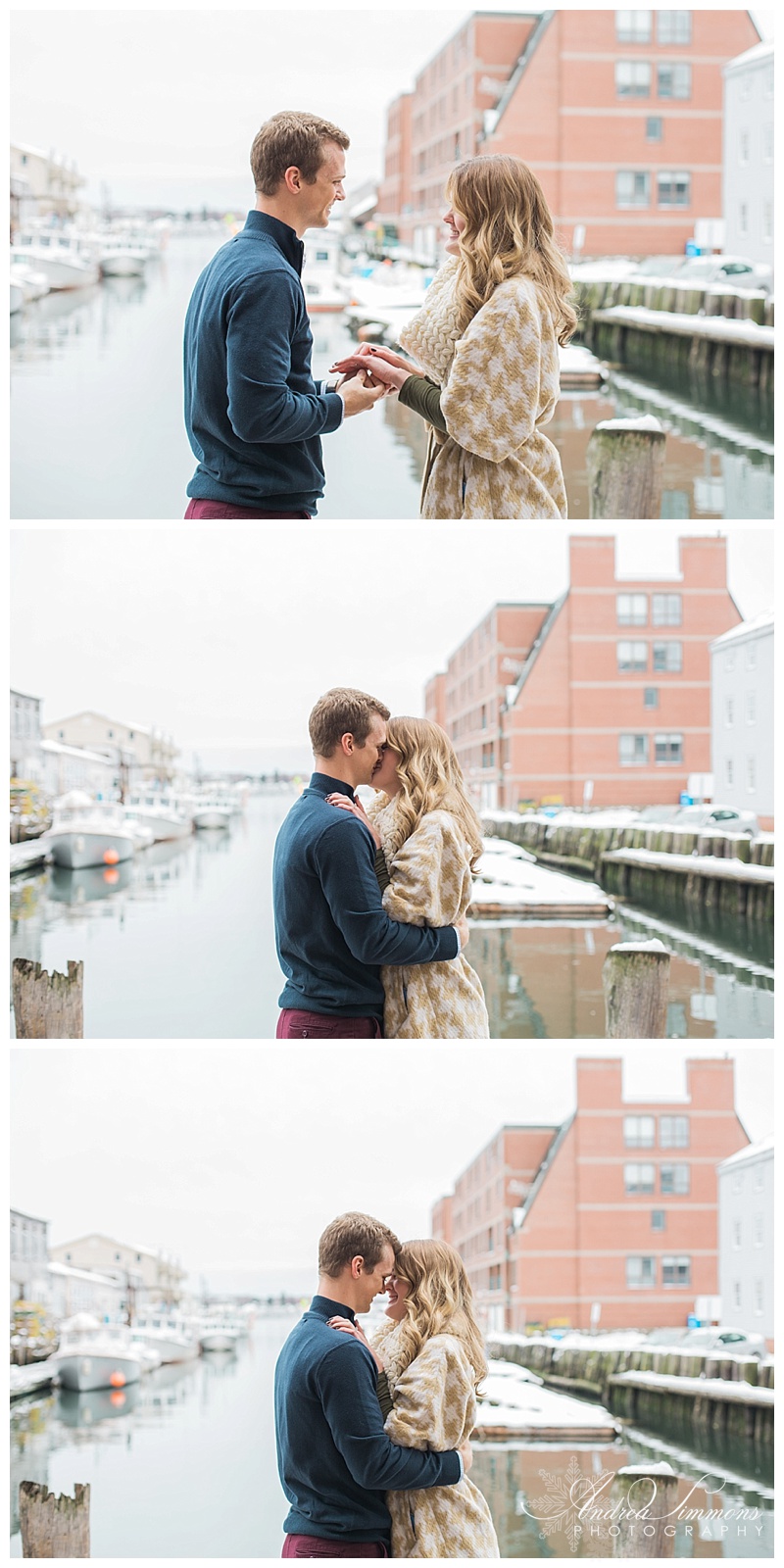 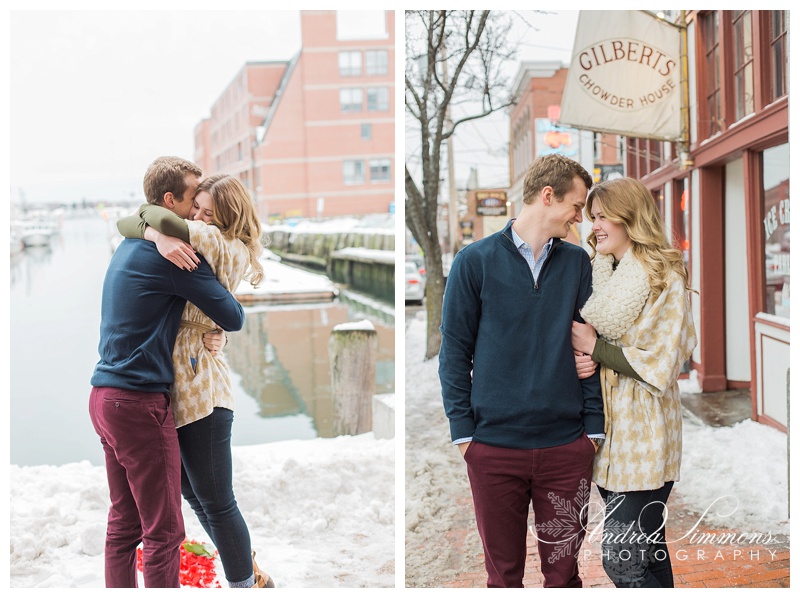 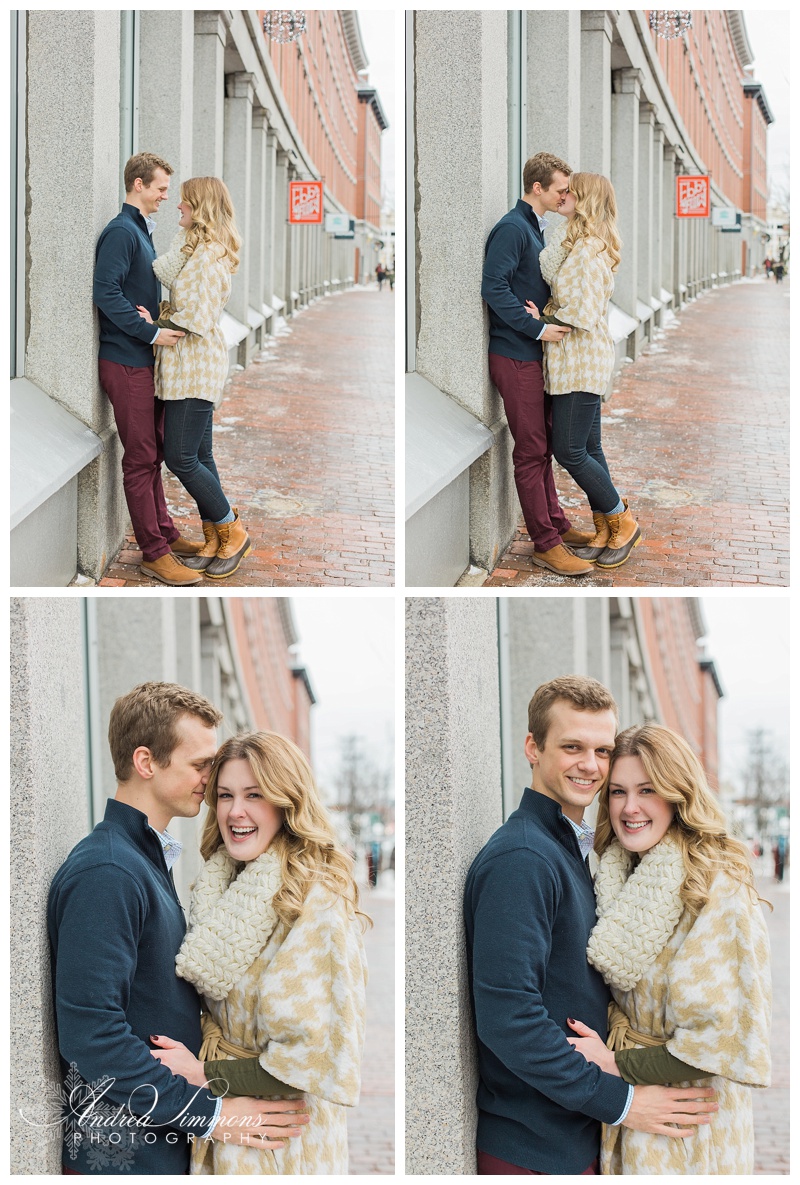 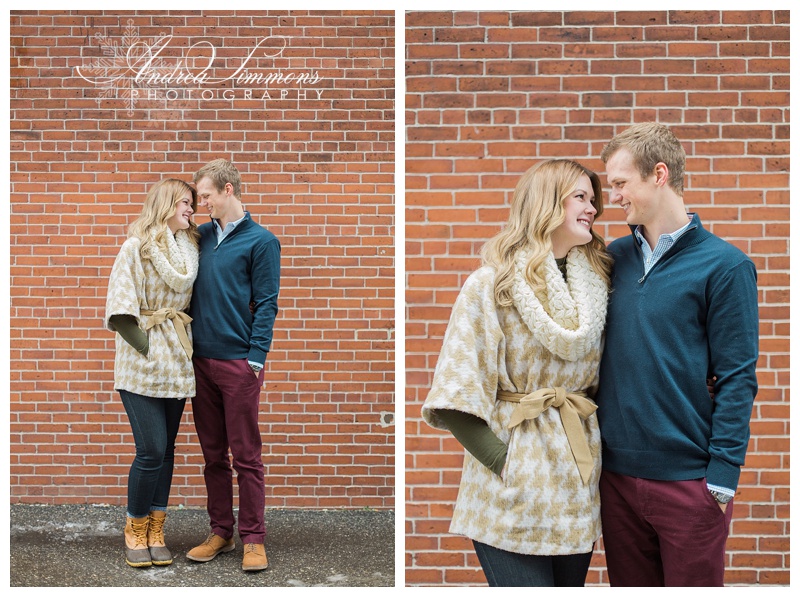 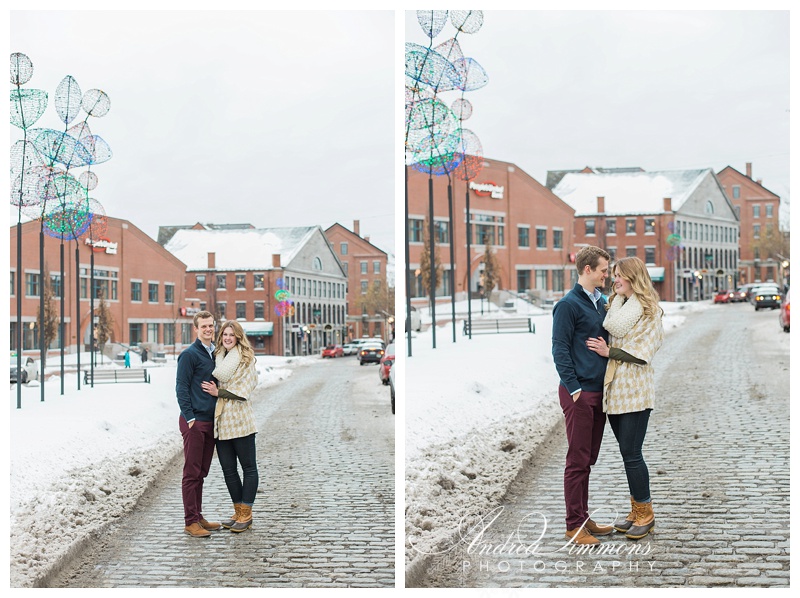 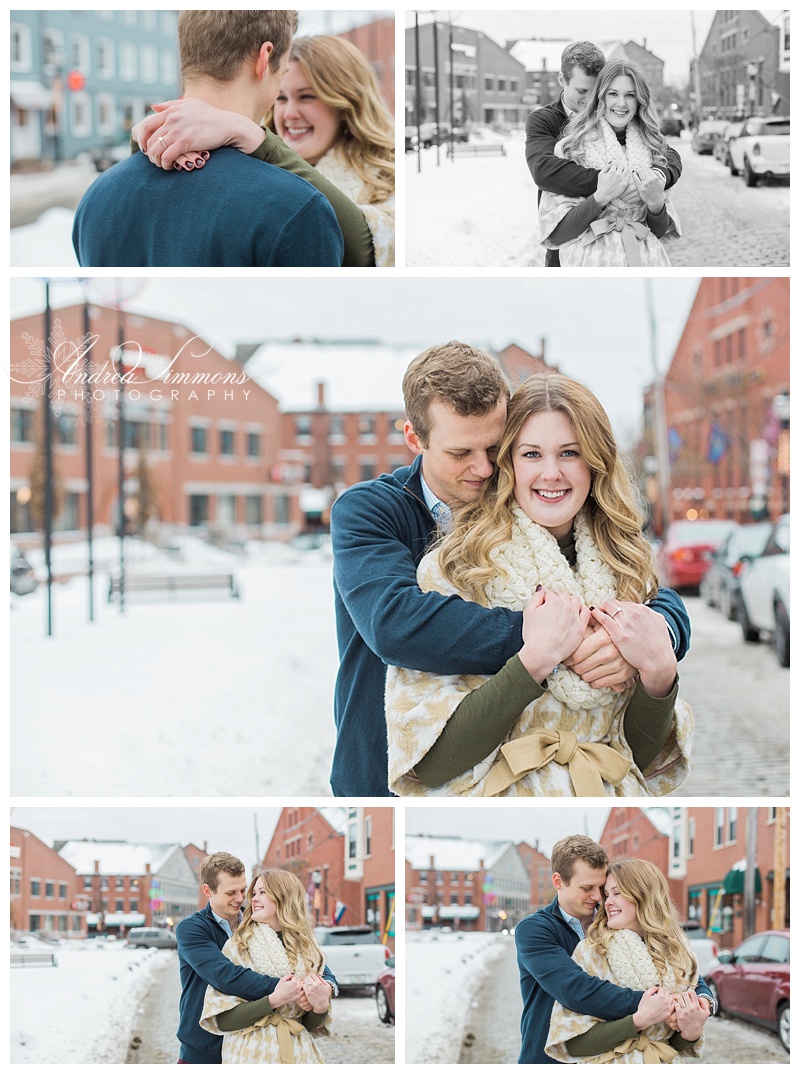 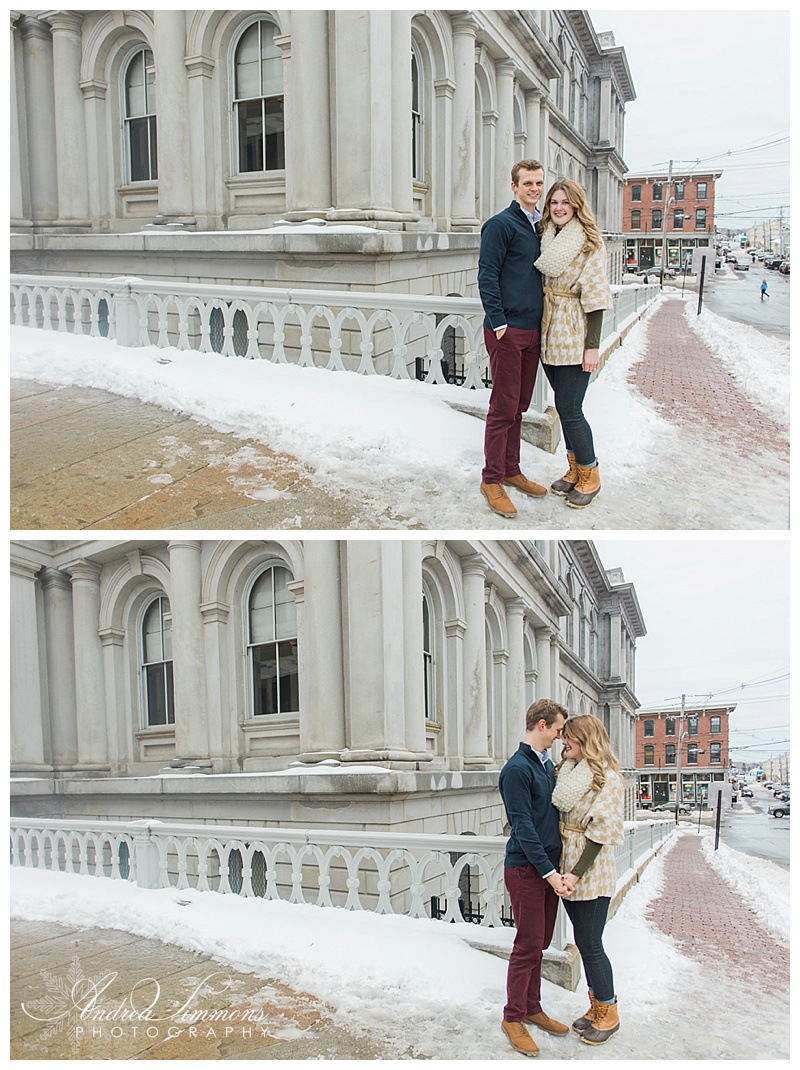 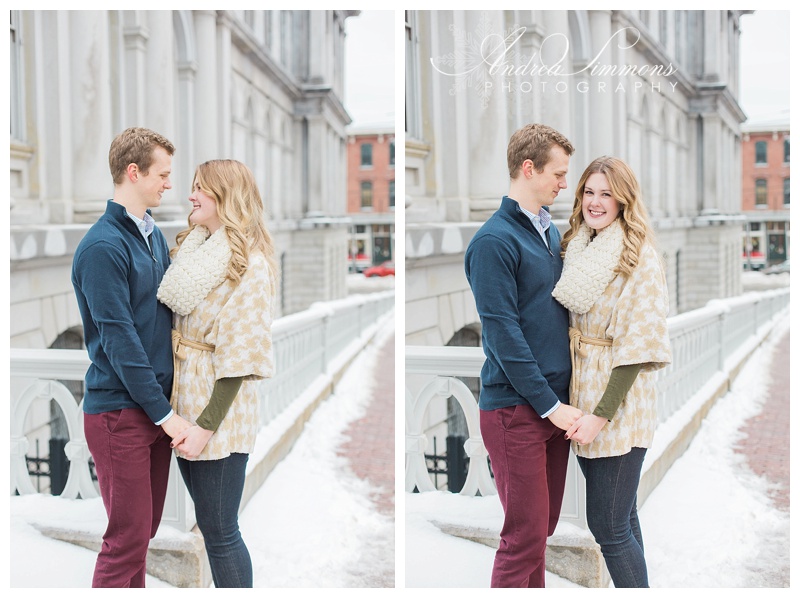 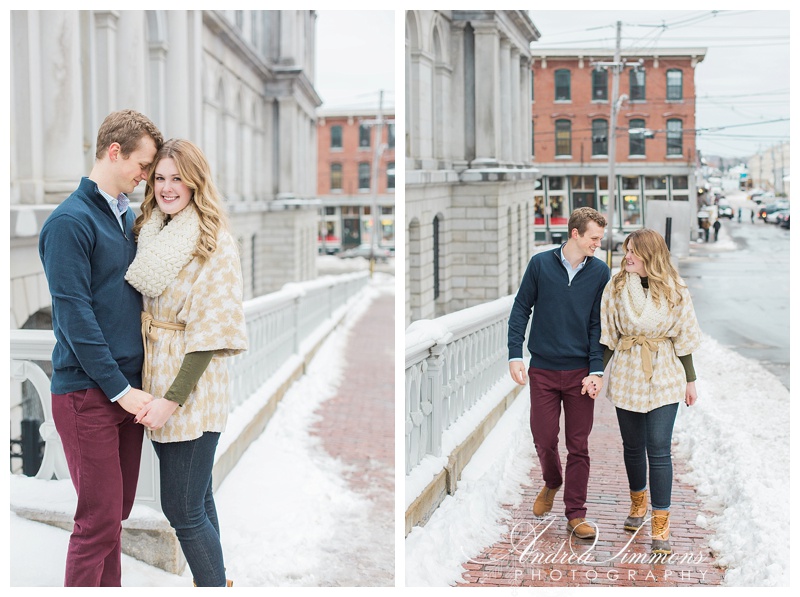