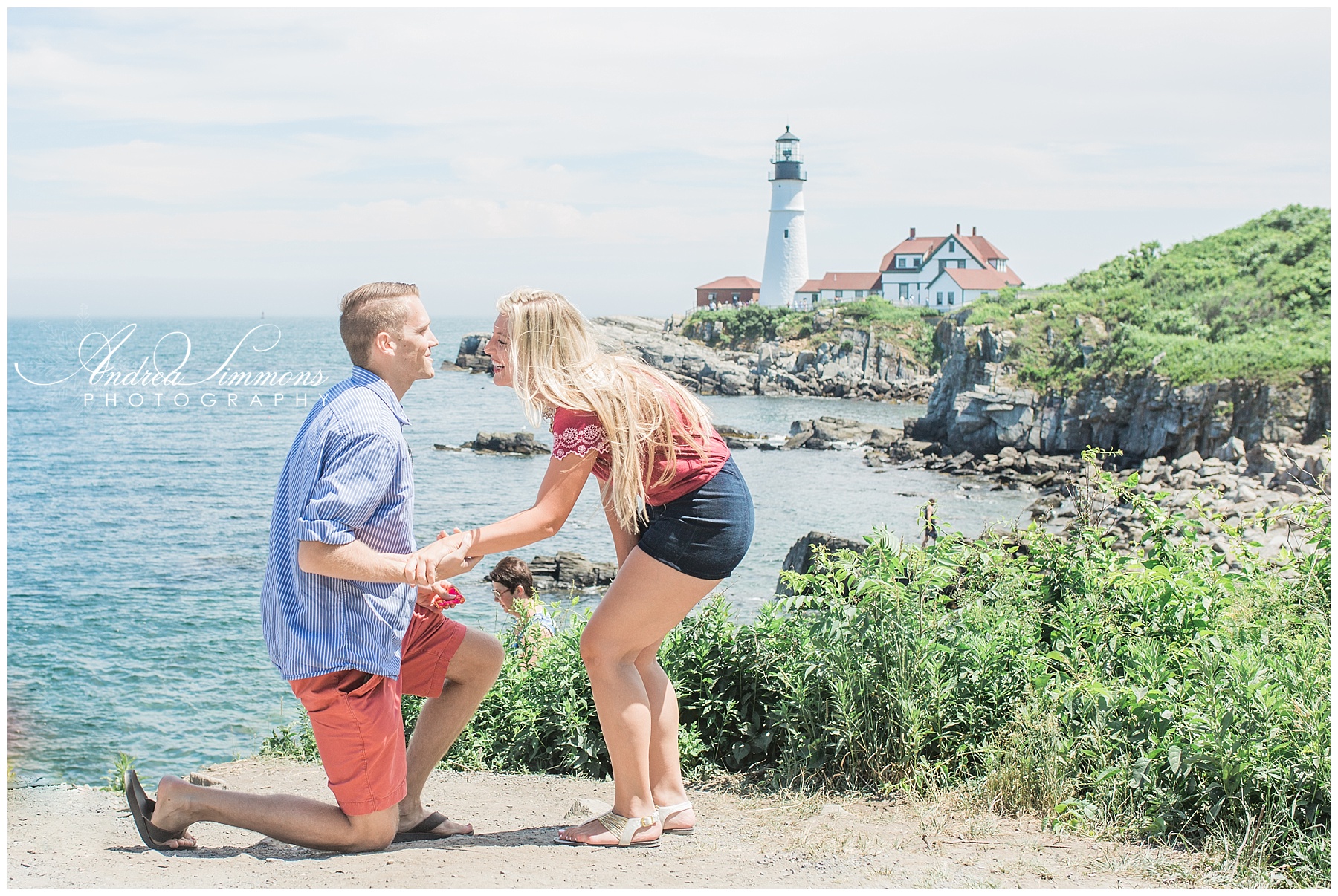 Nick and Dana met through work.  It took him almost a year to work up the nerve to ask her out, and can you blame him?  Look at her – she’s stunning!

Nick contacted me a few weeks ago and said that they were coming from California to Maine to visit his family here, and he had an idea to propose to his girlfriend at Portland Headlight.  I was able to scout it out the week before, and found a spot that I thought would be perfect, with a picturesque view of the lighthouse.  That morning, I might have been more nervous than he was!  He sent me a picture of him and Dana so I would know who to look out for.  I brought my sister, Alisa, of Adorn Photography, along to help me capture this once-in-a-lifetime moment.  Read on to find out more about this surprise proposal! 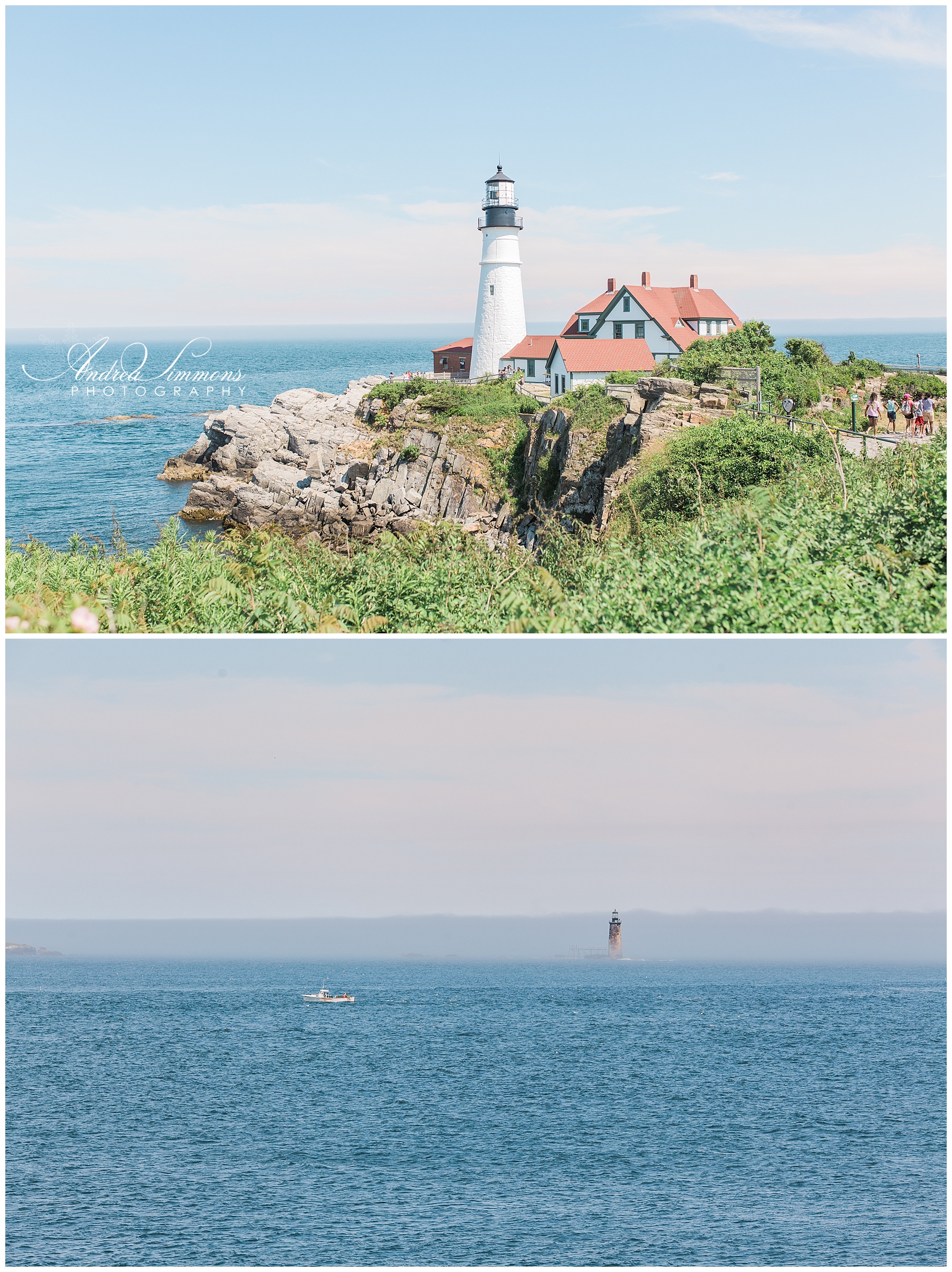 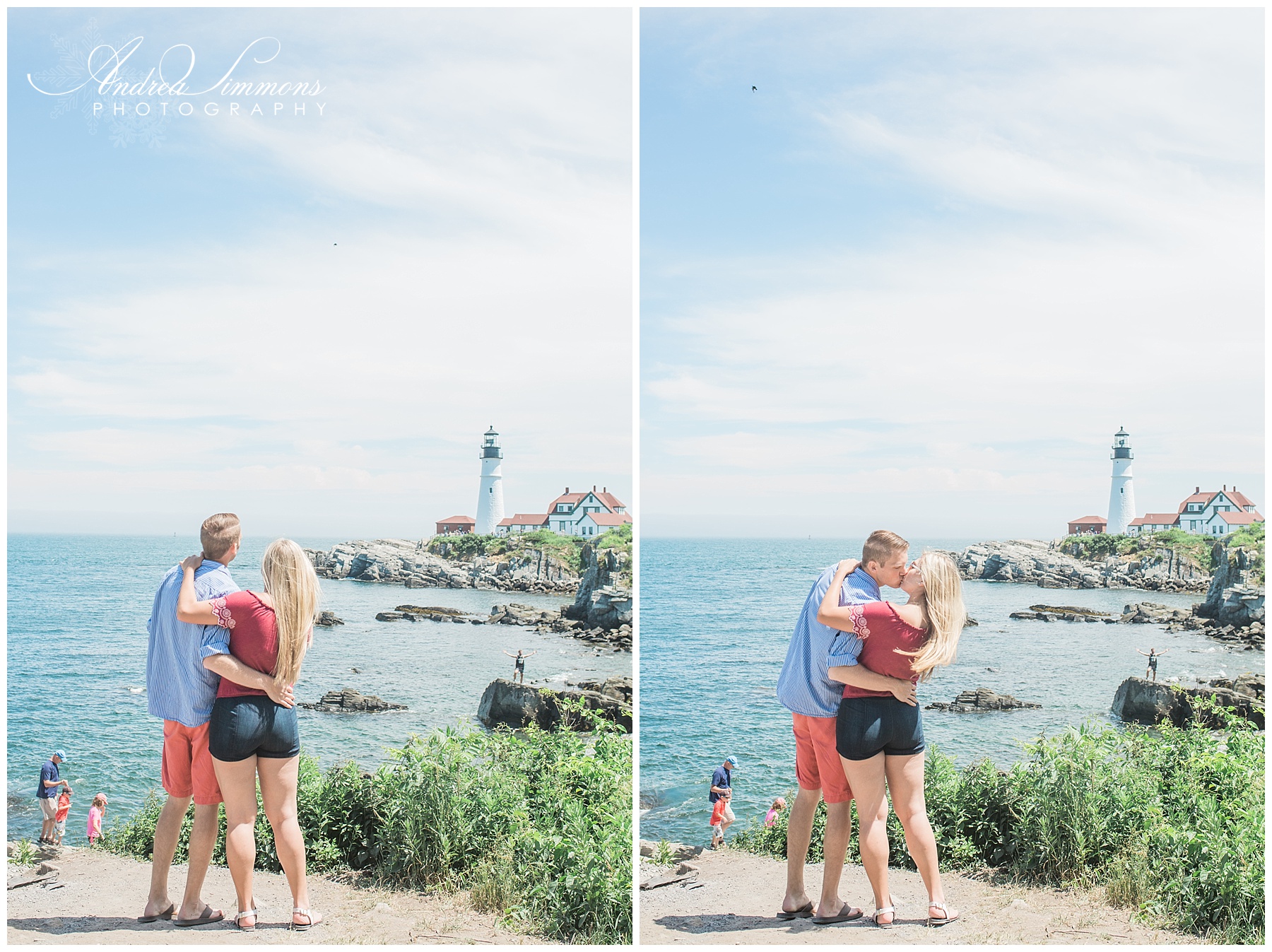 They walked up and I started snapping away as soon as they turned away from me.  Thankfully, I blended right in with my big camera as one of the many tourists standing around.  When Nick got down on one knee, you could see that Dana was genuinely surprised and so freakin excited!  I just love the expressions we were able to capture! 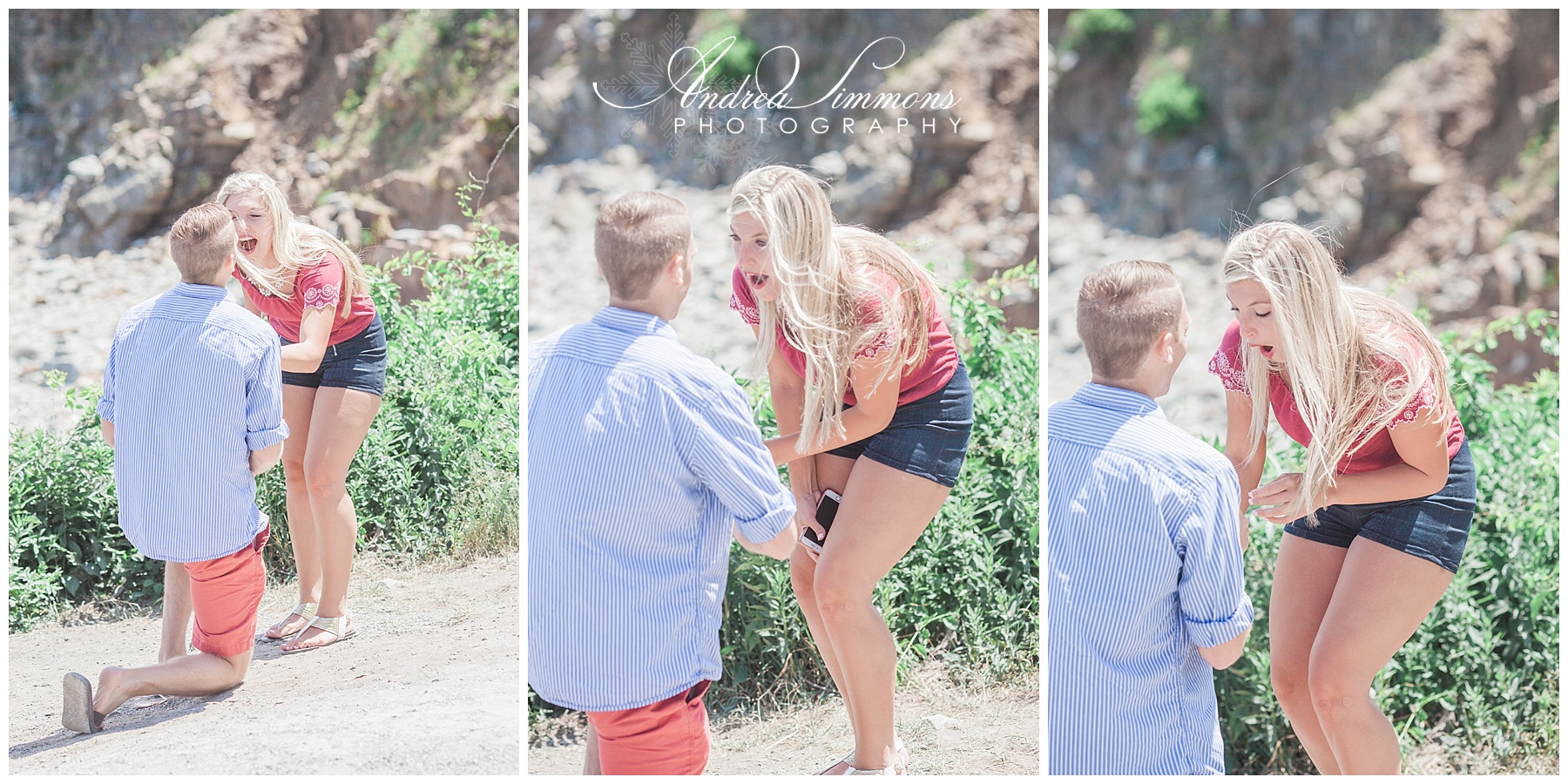 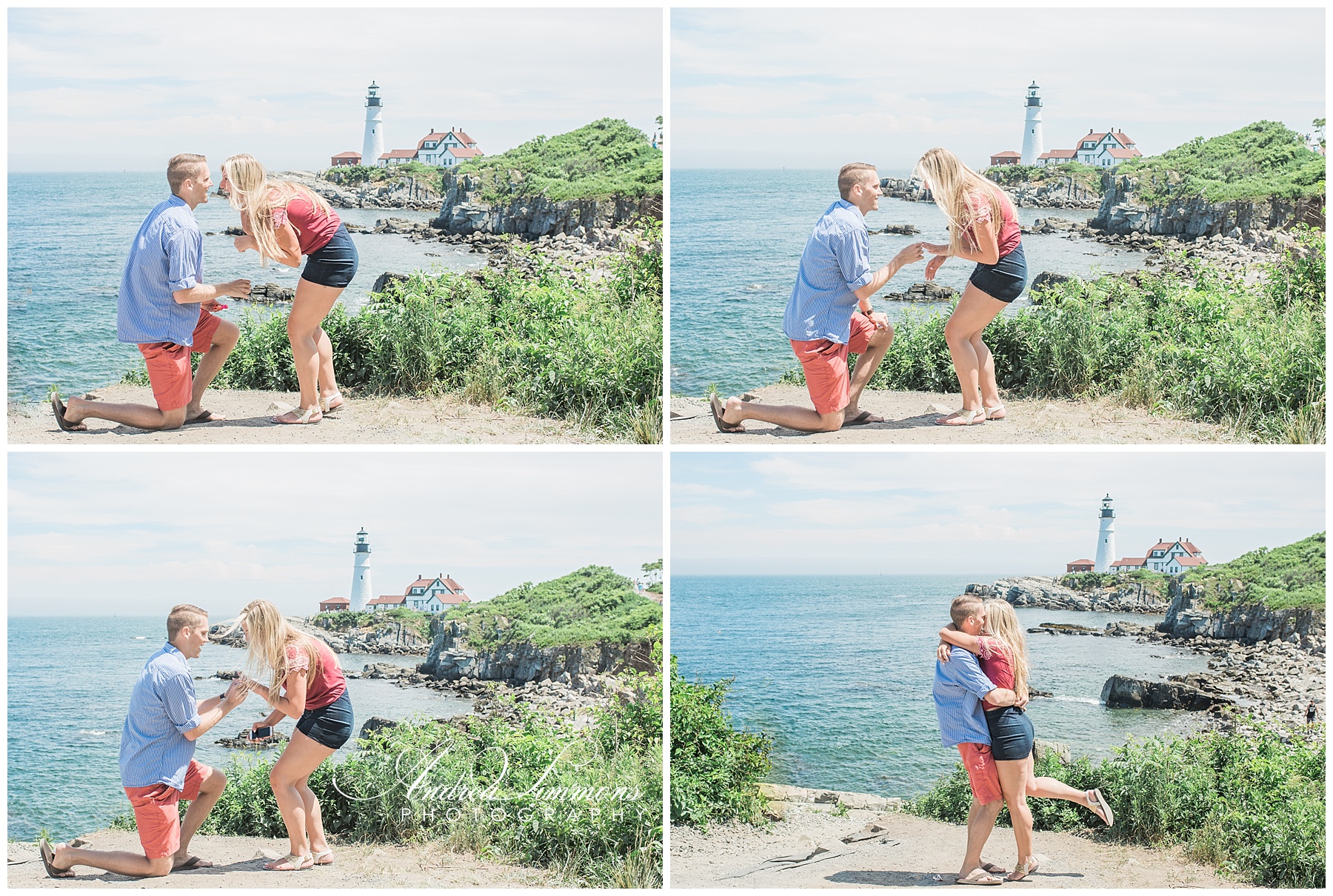 Once everything was said and done, Nick pointed us out, and she was even more surprised!  We walked around for the next hour and it was so fun watching these two – they couldn’t stop smiling!  Dana told me about how, often when it felt like just the right time, Nick would drop to one knee … and tie his shoe.  It was a running joke, so when Nick got down on one knee this time – he made sure to tell her that he wasn’t tying his shoe! 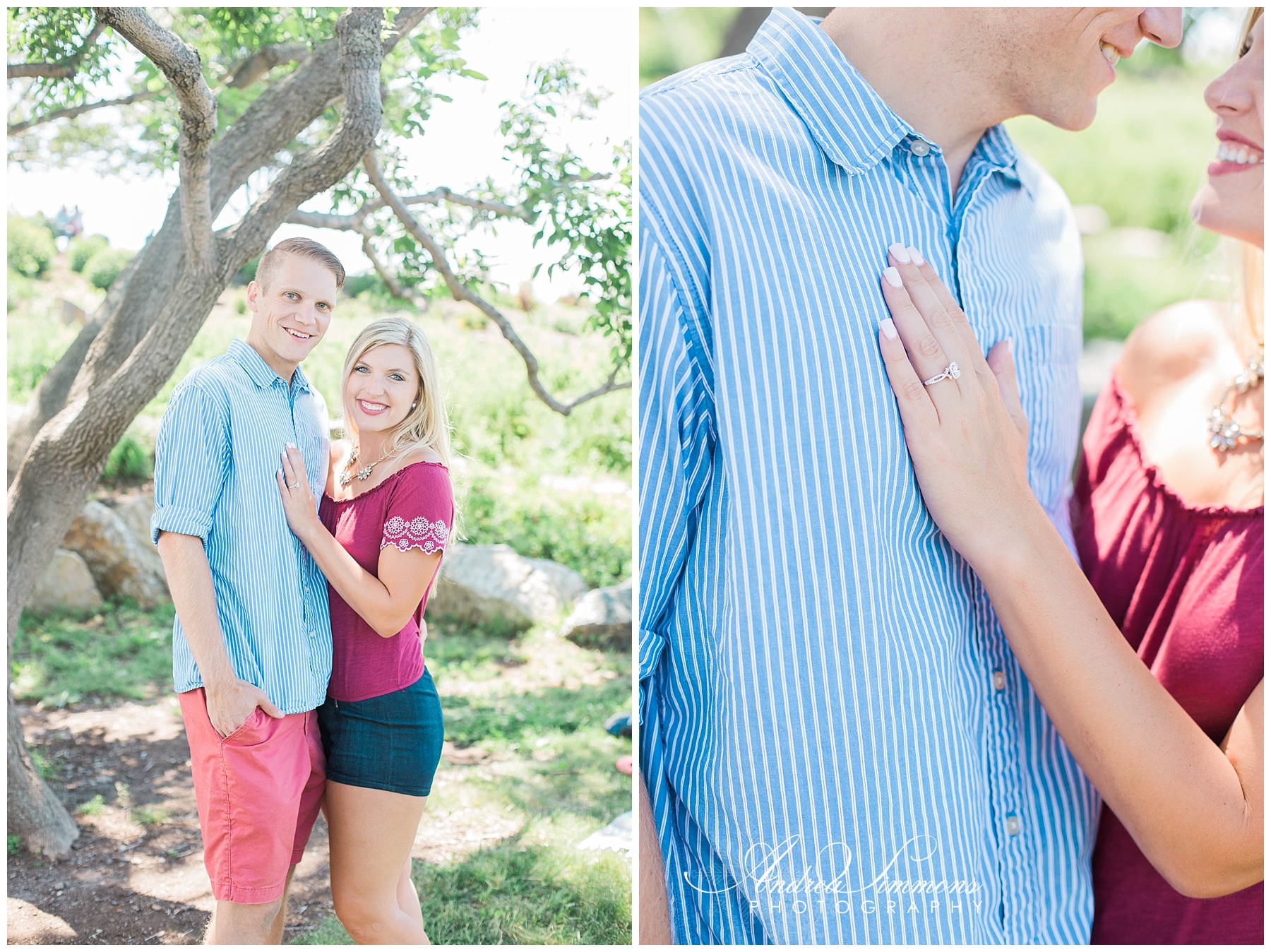 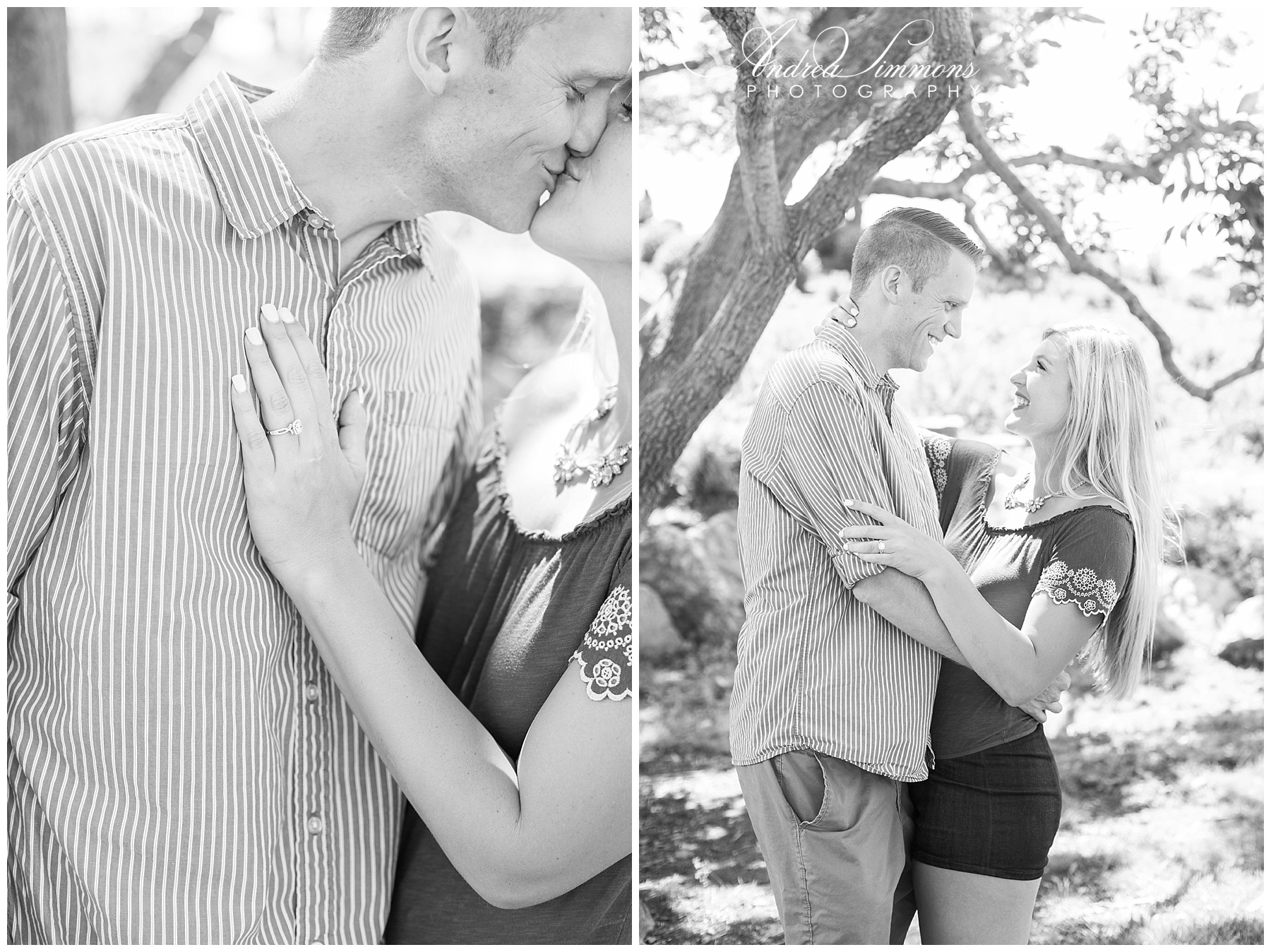 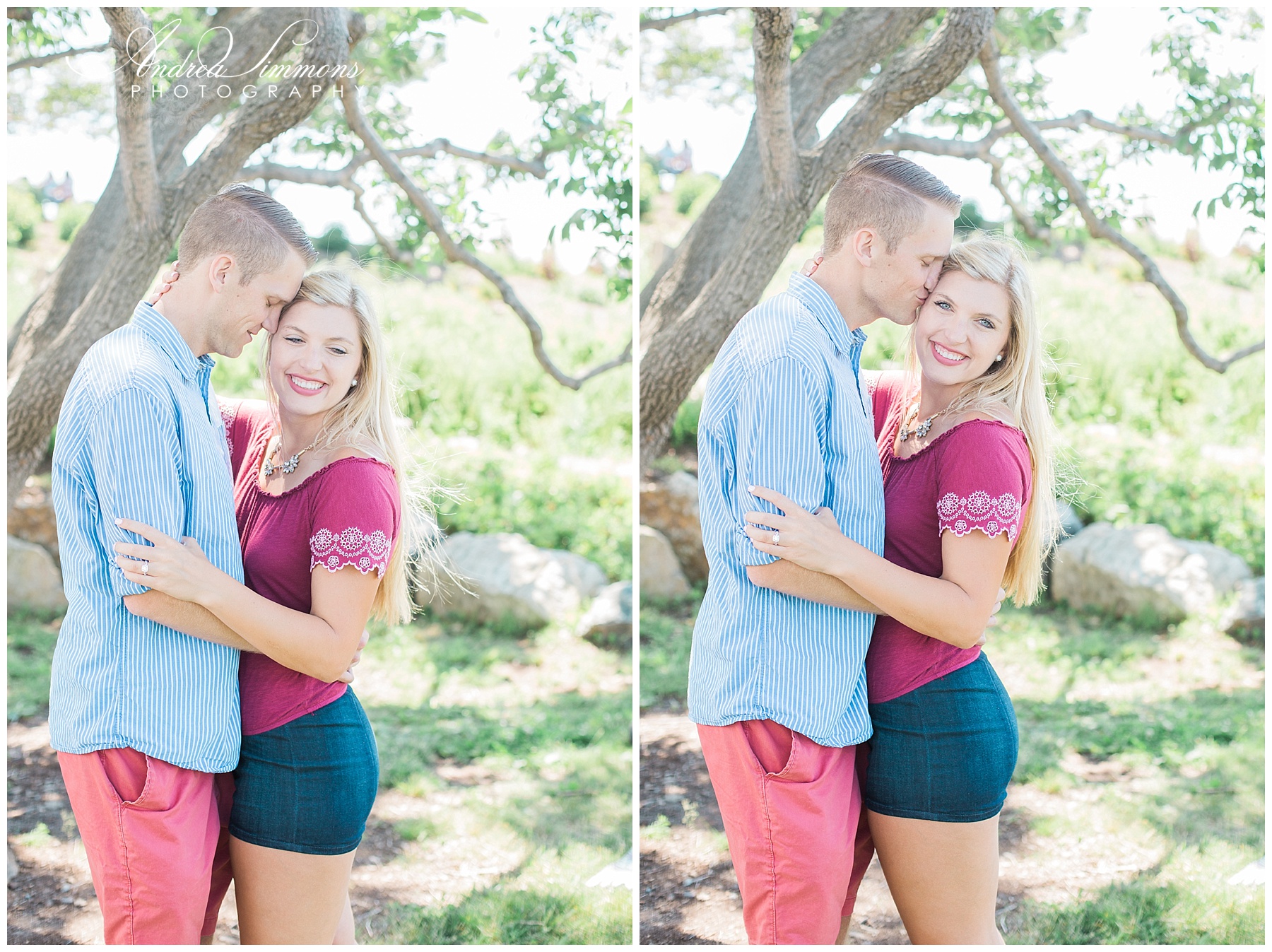 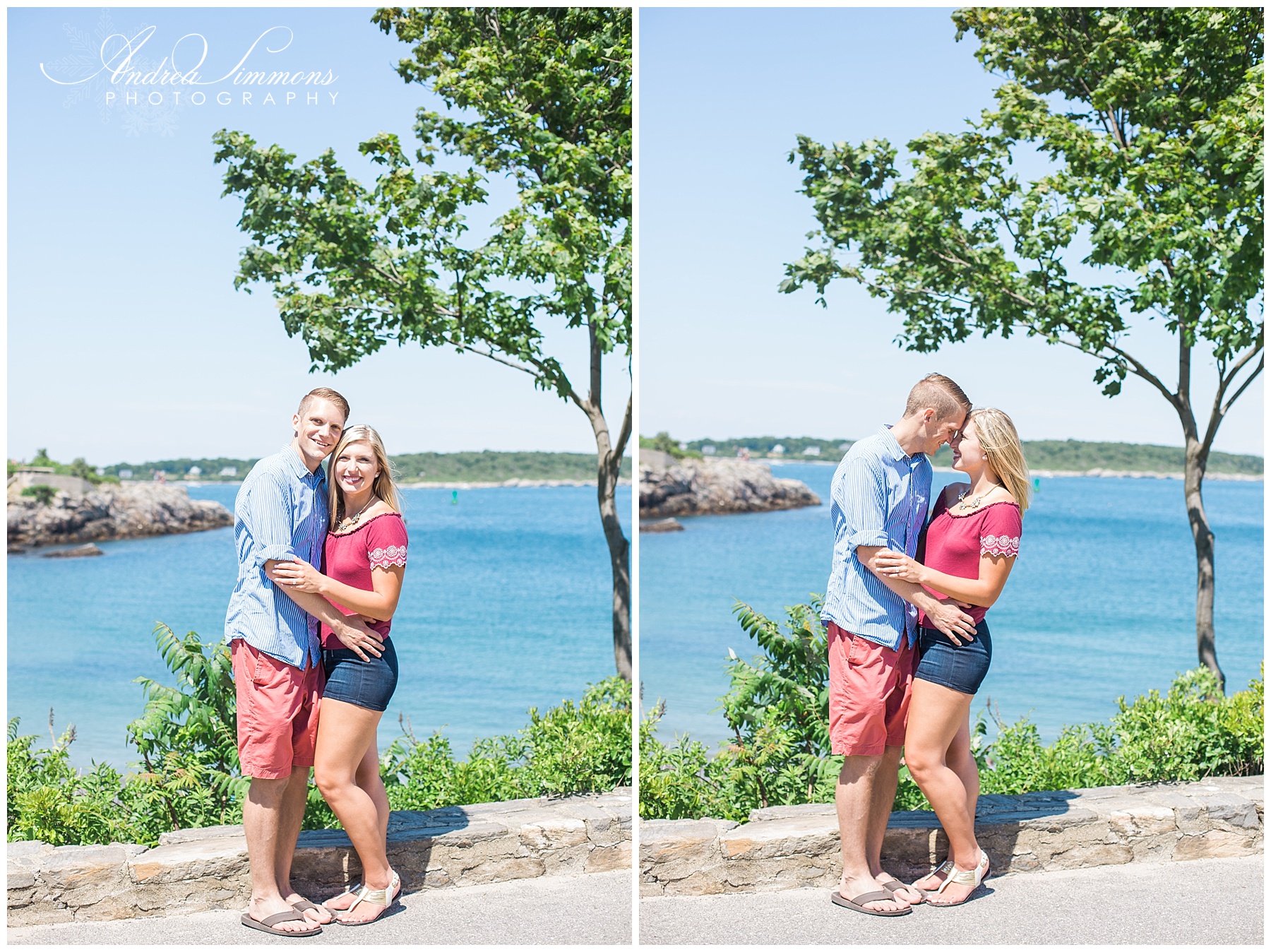 Nick shared that he had hidden the ring under their bed for the last month, and then tucked it safety in his suitcase for their trip to Maine.  He made sure to attach a note for security, in case his bag was searched at the airport, asking that if they found it, to be discreet so she wouldn’t find out!  He truly thought of everything! 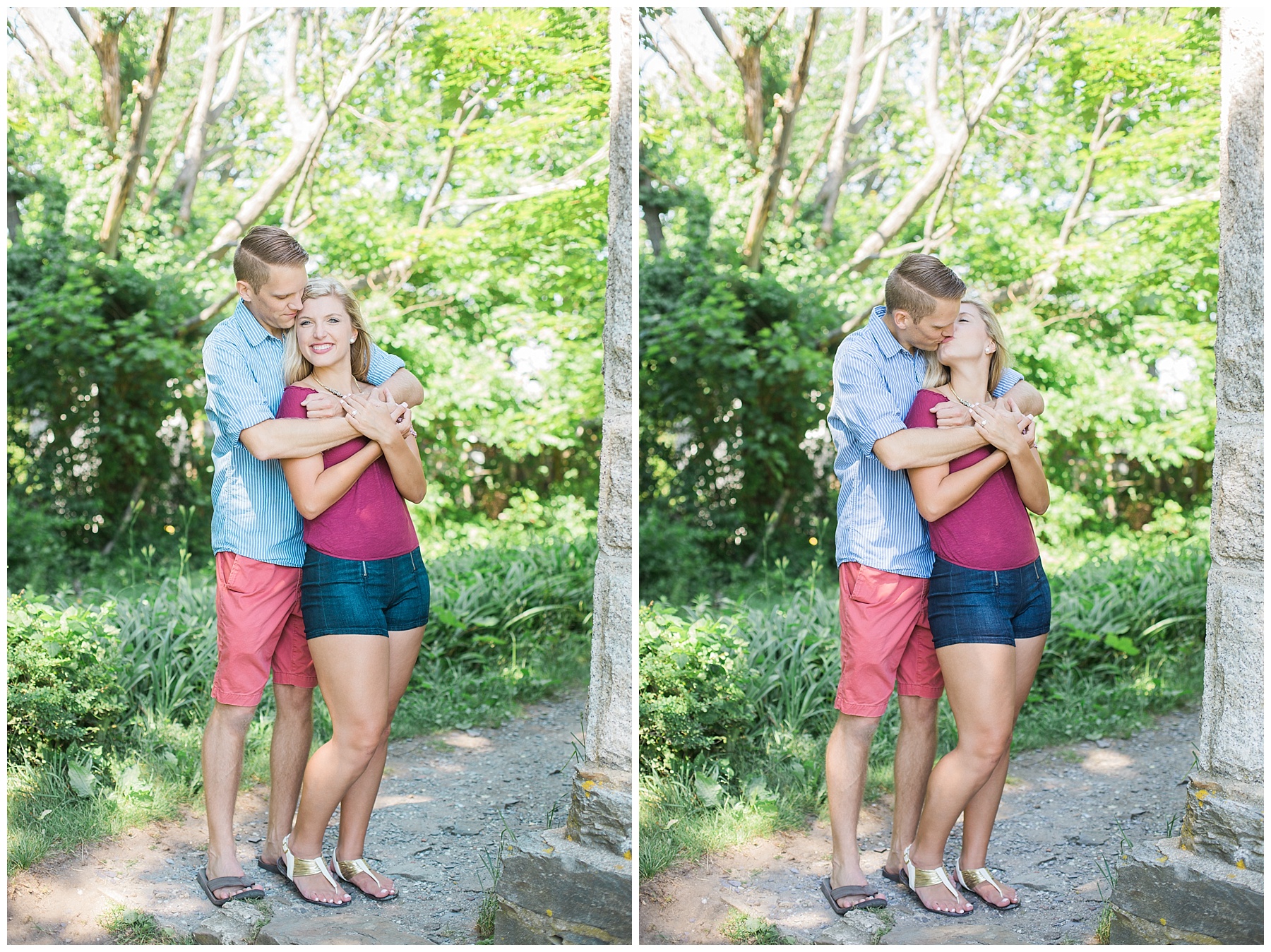 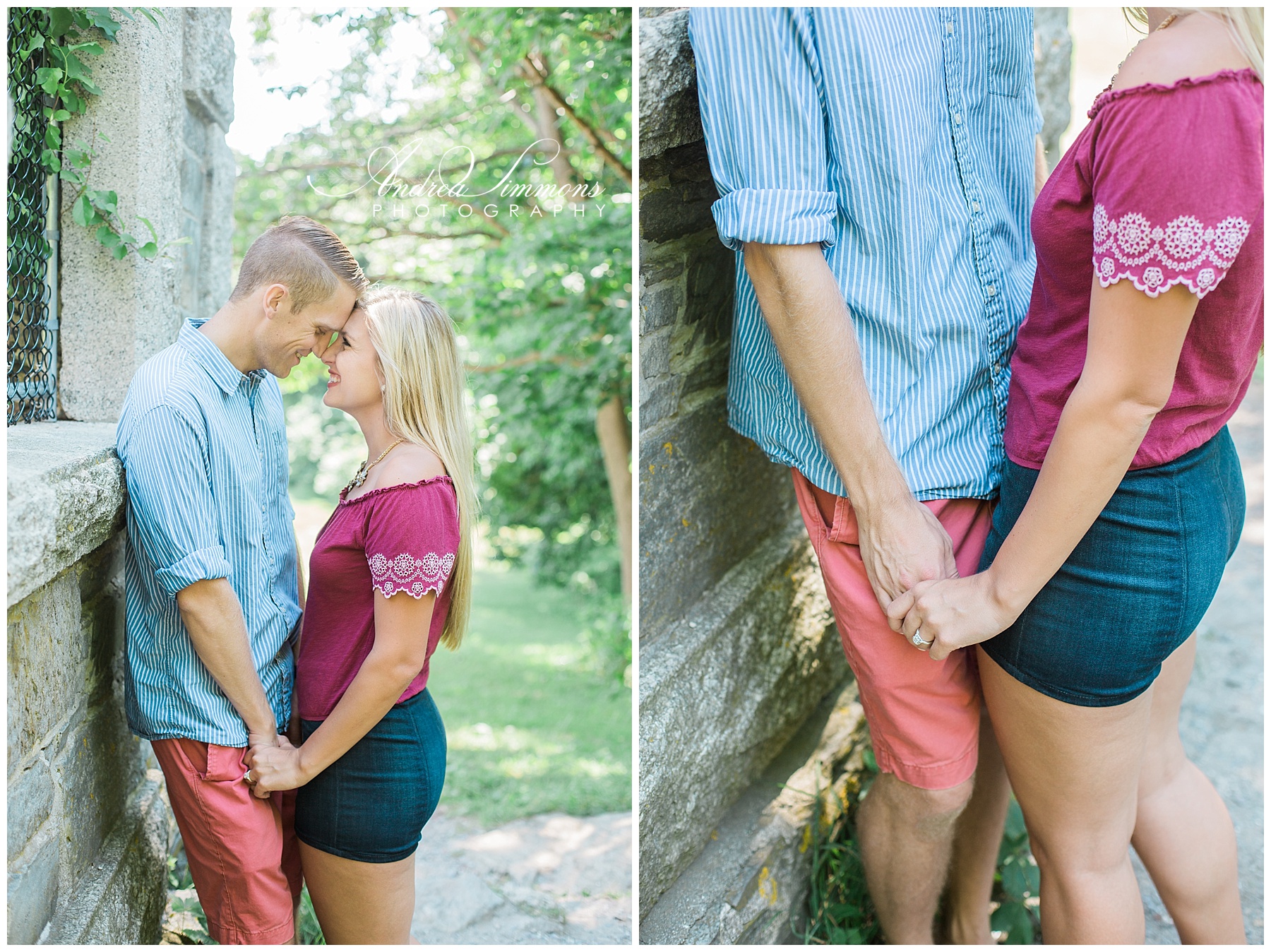 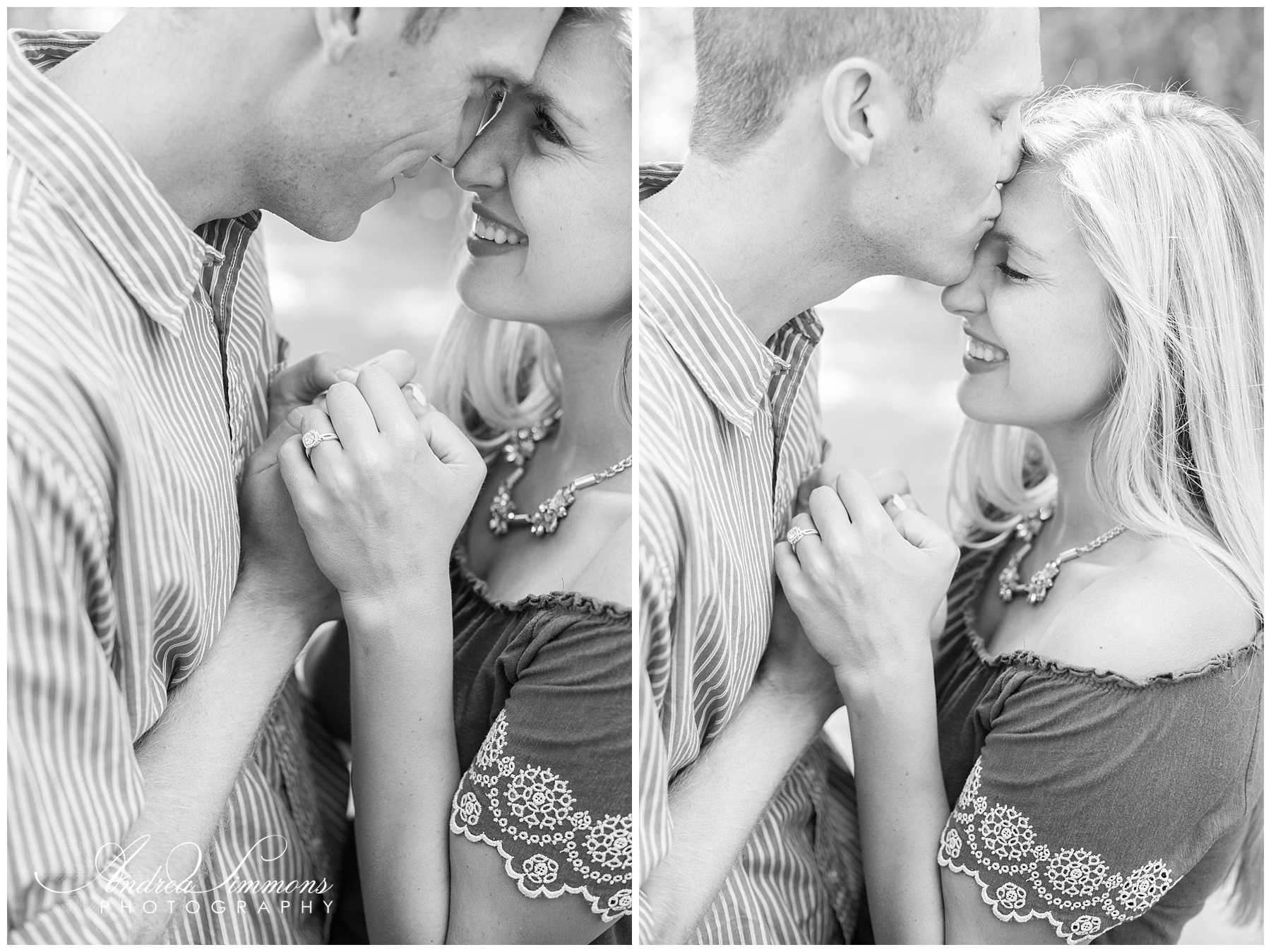 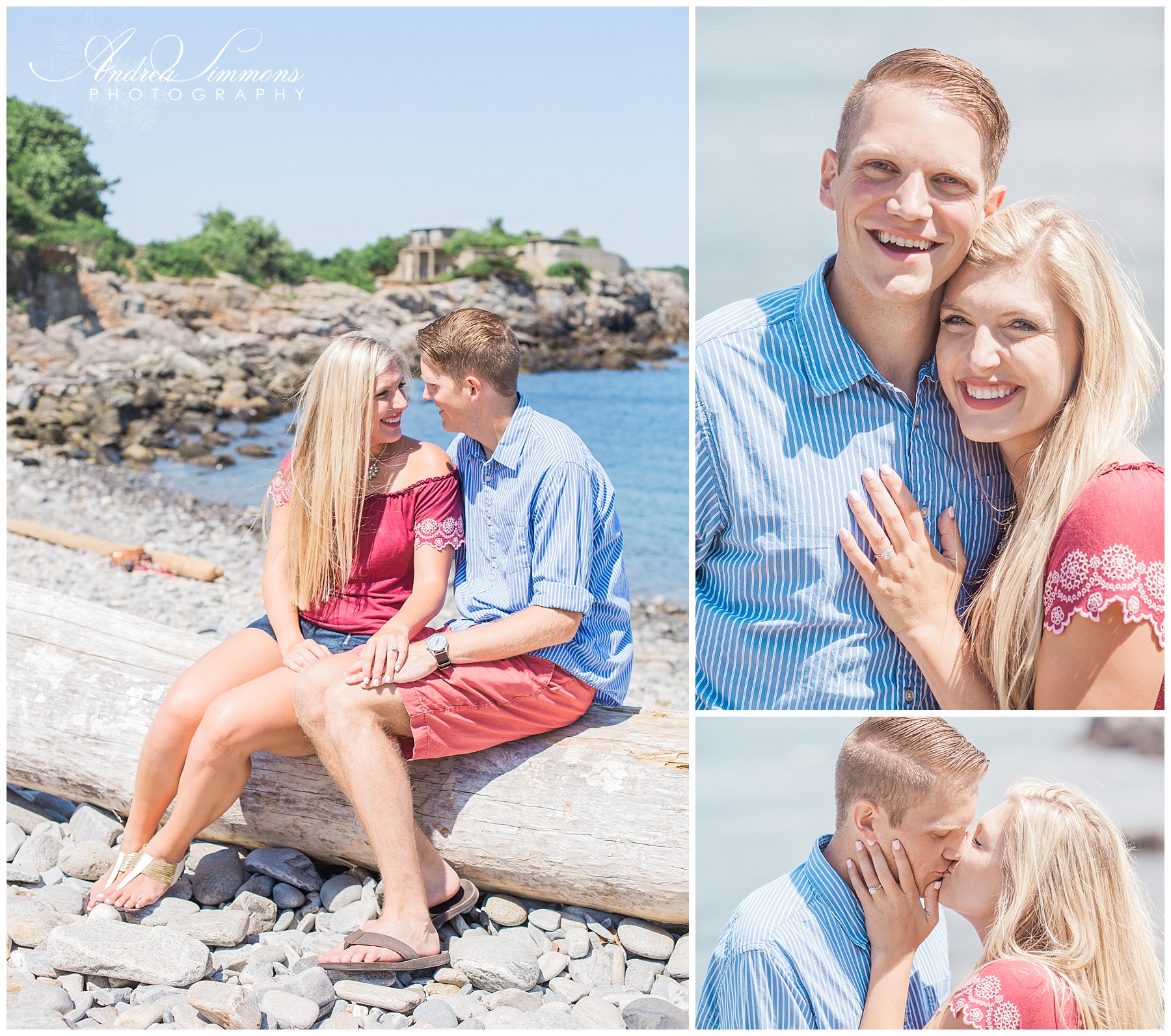 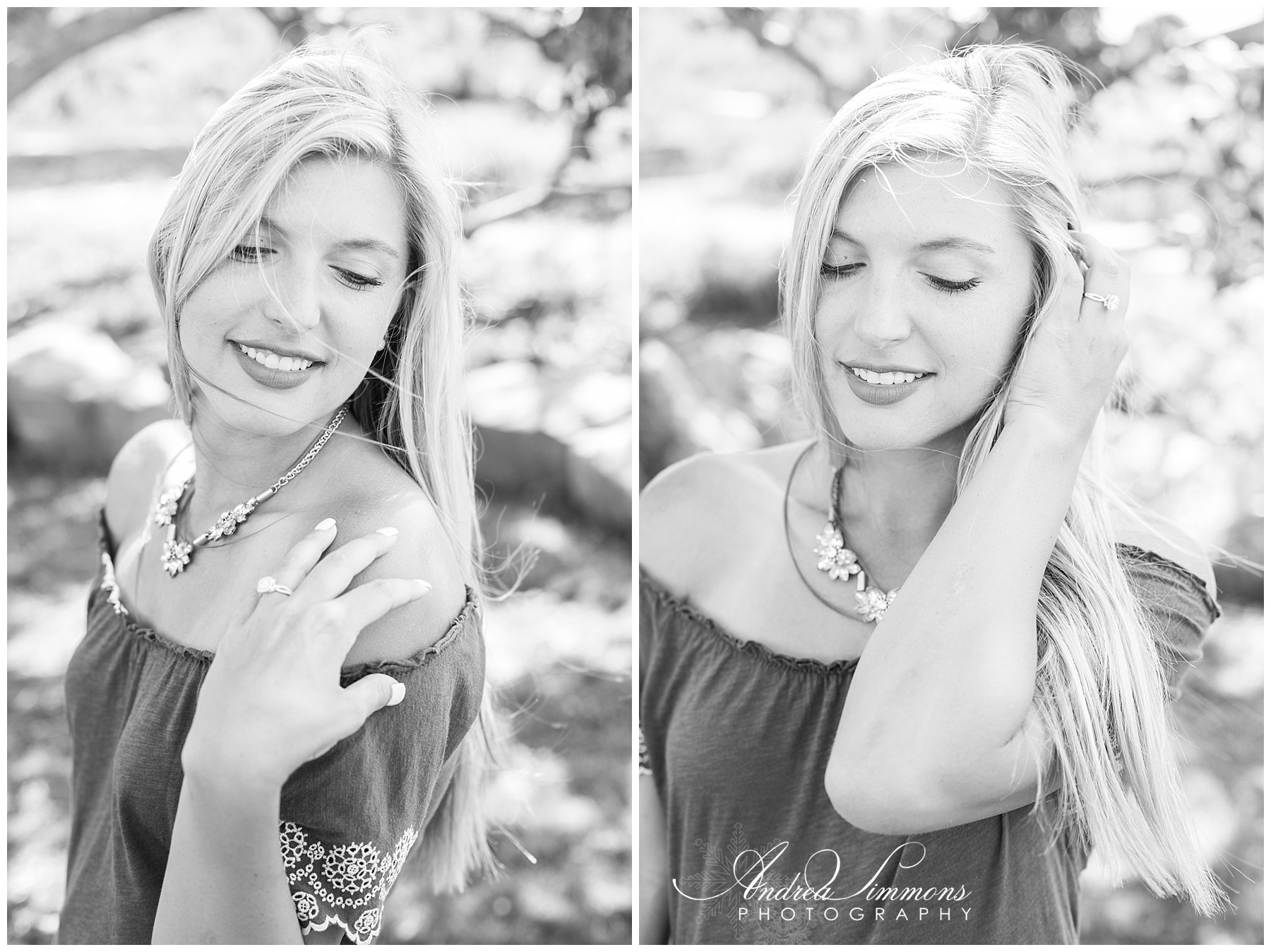 Once we were finished, they left to head off to a surprise engagement party waiting at Nick’s parent’s house!  Thank you, Nick, for trusting me to photograph this huge moment!